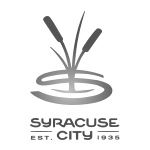 Prior to 1955 the only fire protection for Syracuse City came from Davis County. Because this coverage was inadequate, Syracuse City and Davis County jointly hired Clearfield Fire Department to service the calls at a shared cost of $50 per call.

In April of 1955, the county discontinued their share and Clearfield increased the cost to $100 per call.  Layton City Fire Department offered their services for $50 per call, however, the distance and response time made this impractical.

In December of 1964, Clearfield City declared that they would no longer give fire protection to Syracuse. On June 23, 1965, Councilmember Lawrence Briggs proposed that if Syracuse had their own department, fire insurance rates would decrease.  A joint meeting between West Point and Syracuse City Council took place almost immediately and the Syracuse Fire Department was established.

A 1946 Ford Pumper was purchased and by September, a small fire station was built, a siren was ordered (believed to be the same one used today), and volunteer firefighters were trained by Mr. Tanner, State Fire Marshal.

Keith West was selected as the first fire chief of Syracuse, resigning in December 1965 because of extended hours in his regular job. Chief West passed away on March 14, 2014, at the age of 97.

On January 5, 1966, Roy Miya was appointed by the city council as the new fire chief with Val Cook being elected by the volunteer firefighters to serve as his assistant. The fire department had 25 volunteers who provided fire protection to Syracuse and West Point Cities, and for $500 per year also provided fire protection to the unincorporated area belonging to Davis County.

In January of 1968, the city council with the recommendation of the fire department decided to purchase a larger fire truck and build a meeting room for the firefighters.  The chief received $25 a month, and volunteers received $2 for each meeting. For fire responses, firefighters received $3 for the first hour and $2 an hour after that.

On January 1, 1985, Thomas Jensen was appointed by the city council as the new fire chief with Gary Hamblin being elected by volunteer firefighters to serve as his assistant. With better water pressure from newly installed water mains and fire hydrants placed throughout the city at key places, fire insurance did go down.

A new grass fire truck was purchased in January of 1986 for $14,120.  The fire department moved into a new 3 bay fire station that was constructed during the winter of 1993-94. This was a much-needed facility to keep up with the demands of the ever-growing city.

Chief Jensen served the community for 13 years, resigning in 1998.

Following Chief Jensen’s resignation in 1998, Dale Snyder was appointed by the city council as the new fire chief with Kevin Hansen serving as his deputy chief and Bruce Peterson serving as his assistant.

In 2002, Syracuse City purchased two ambulances (one used) and began providing ambulance service to its residents; a service that was previously provided by the Davis County Sheriff’s office. To staff the ambulance, Syracuse City hired its first full-time firefighters and in August of 2002 began staffing the fire station 24 hours, with 4 firefighters during the day and 3 firefighters throughout the night.

During this time, Syracuse City also purchased its first ladder truck; a 75-foot Quint from Pierce Manufacturing in Appleton, Wisconsin. Chief Snyder was involved in managing the rapidly changing needs of the fire department for eight years, resigning in 2006.

On February 6, 2007, Craig Cottrell was appointed by the city council as the new fire chief with Bruce Peterson serving as his assistant.

Syracuse was still seeing explosive growth when Chief Cottrell was appointed. Syracuse purchased a new ambulance and plans were made to move the fire department to a new fire station that would serve both the current needs of the city as well as the future needs when the city reaches its build-out population.

In 2008, a transport engine (Combination Fire Engine/Ambulance) was purchased from Pierce Manufacturing in Appleton Wisconsin. In January of 2009, the fire department moved to its new home at 1869 S 3000 W, where it is currently located. This station includes an integrated training space, a large training room as well as offices and living quarters for the firefighters.

During his tenure, Chief Cottrell worked with firefighters to create a wildland program which would allow our resources to help the Northern Utah Interagency Fire Center (NUIFC) and National Wildfire Coordinating Group (NWCG) on larger incidents throughout the Western United States.

This revenue-generating program has created an invaluable training and experience opportunity for our firefighters, strengthening the response capabilities in our community.

On February 2, 2012, Eric Froerer was appointed by the city council as the new fire chief. Chief Froerer was responsible for maintaining the great service Syracuse City was used to as our economy was slowly recovering from a recession.

During his tenure, Chief Froerer worked with the city council to approve funding for the department’s first full-time deputy chief who would also fill the responsibilities of the fire marshal. Captain Jo Hamblin would be promoted to fill this new position.

Chief Froerer laid the groundwork for new equipment and additional staffing, resigning in 2017 after 5 years of service.

On November 14, 2017, Aaron Byington was appointed by the city council as the new fire chief with Jo Hamblin serving as his deputy chief. In July of 2018, the city council approved additional part-time staffing to increase the level of service to the growing demands of the City.

At this time, Syracuse Fire Department was staffed with  3 full-time and 2 part-time firefighters who respond to both medial and fire emergencies within our city limits, unincorporated Davis County and Antelope Island State Park.

With the immense growth of the City, it was necessary to separate the Fire Marshal duties out of the hands of the Deputy Chief.   On September 1, 2019, Fire Marshal Golden Barrett was sworn in and immediately took over the responsibilities of new build inspections, annual re-inspections, fire prevention and public education.

As Davis County Sheriffs Office discontinued their paramedic service,  Syracuse and other surrounding cities were met with the challenge of developing in-house Paramedic Service to provide residents with a higher level of service.  Syracuse's first ever Medic Truck was put into service in the Spring of 2022.  This required increasing our staffing levels to employ Full Time Paramedics.

Syracuse Fire Department and Syracuse City commit to finding new ways in which to improve their service to our community. We have an insurance rating (ISO) of 3 within the city limits. The fire department personnel are trained as Advanced Emergency Medical Technicians (EMTs) and Paramedics with specialty training in Ice Rescue, Hazardous Materials and Technical Rescue skills.

The Syracuse Fire Department is currently staffed 24 hours per day, 365 days per year with 6 full time Firefighters and 2 Part Time Firefighters - 2 on the Medic Unit, 4 on the Engine and 2 on the Ambulance.

Faced with the community growth including multi-level housing, a new Ladder Truck with a 105' ladder will roll into service by the end of the year.

With the Bluff Interchange and Legacy Expansion getting closer to completion, the future will see plans in the development phases for a new station build to be able to respond to all areas of the city with minimal response times.

There have been many people who have helped the Syracuse Fire Department become what it is today. We would like to thank everyone who has supported our fire department in the past, the present and into the future as we continue to achieve our goals of providing the best customer service possible. 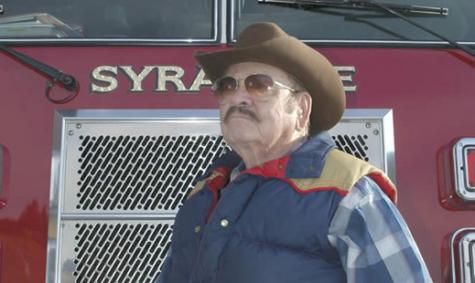 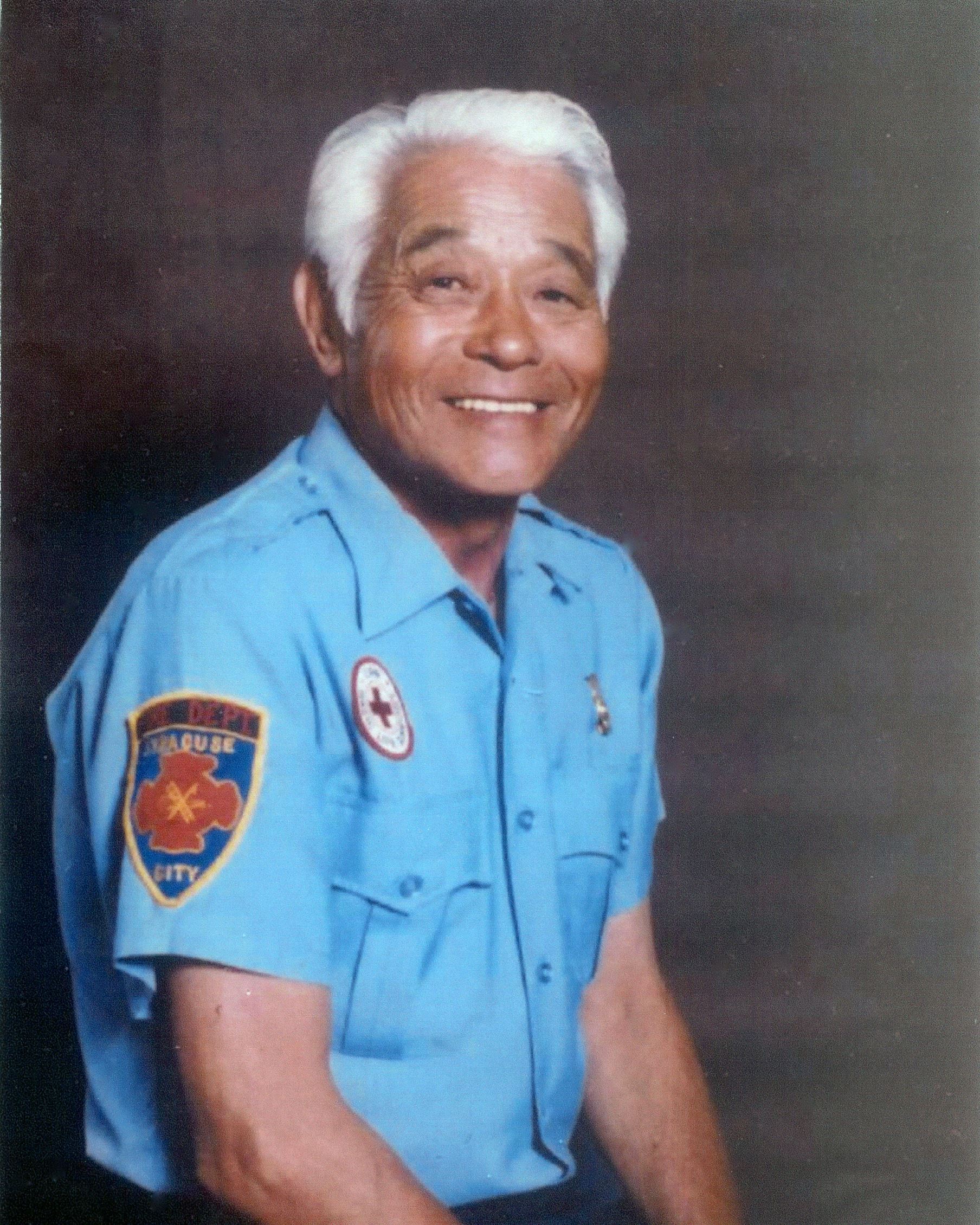 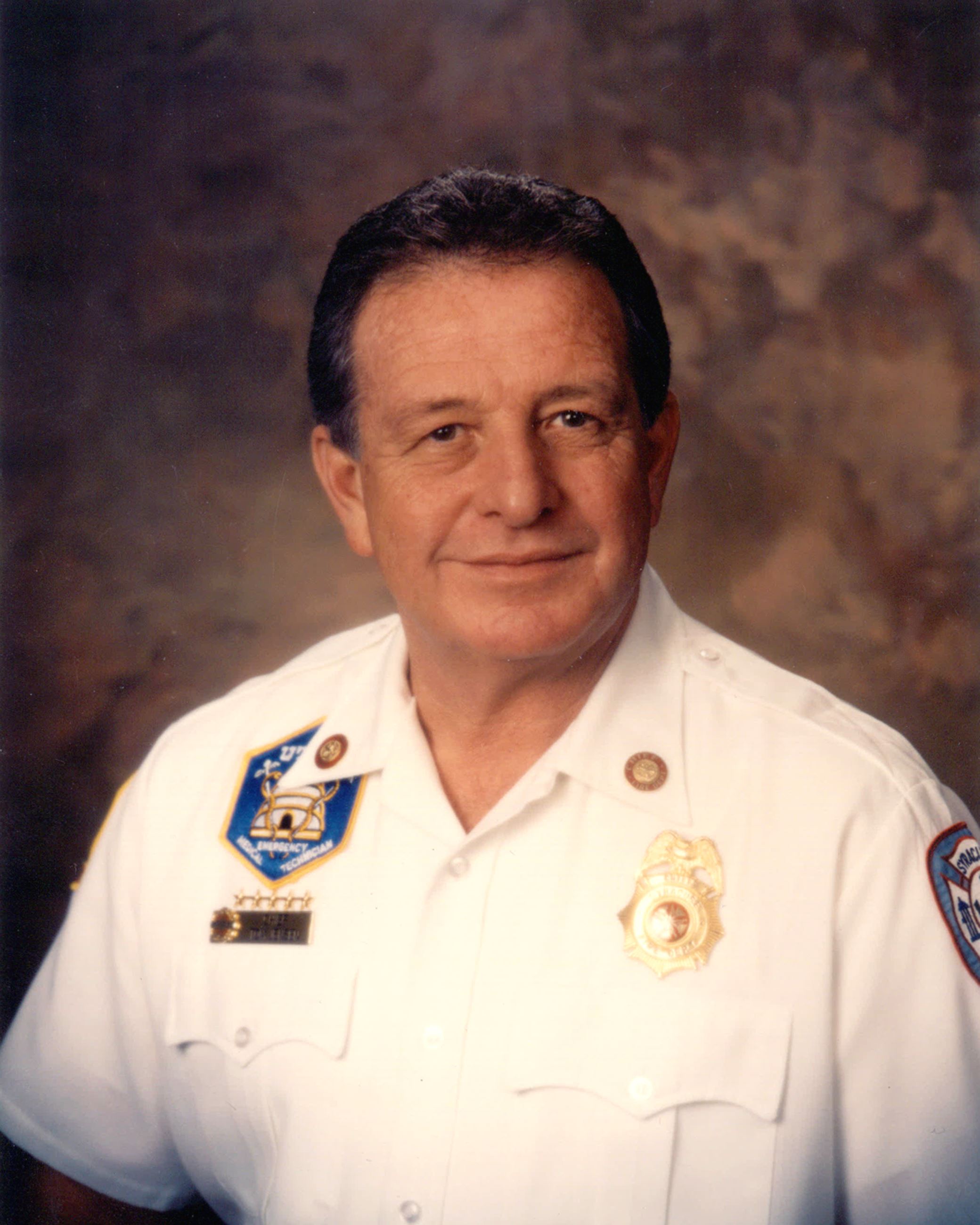 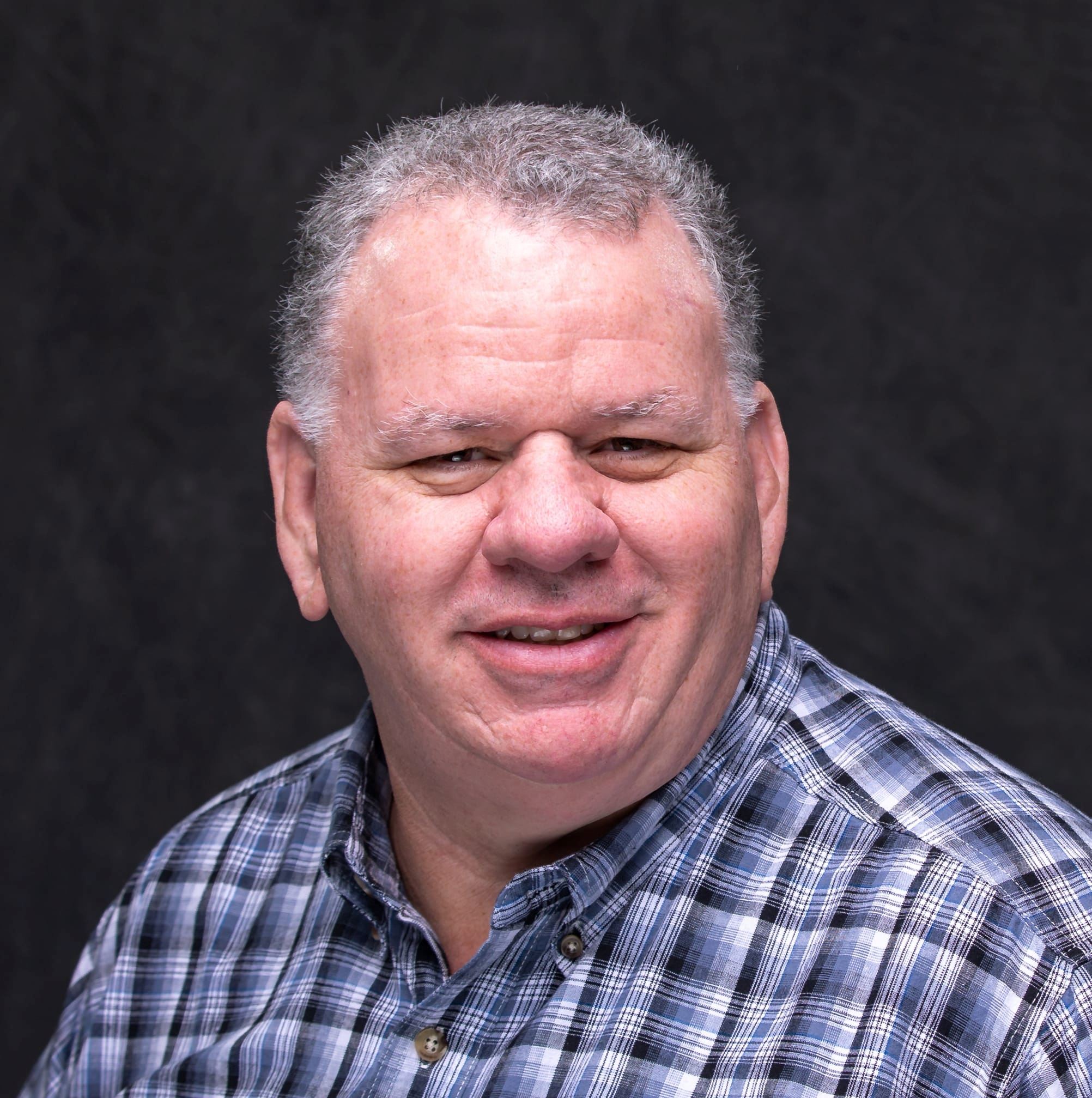 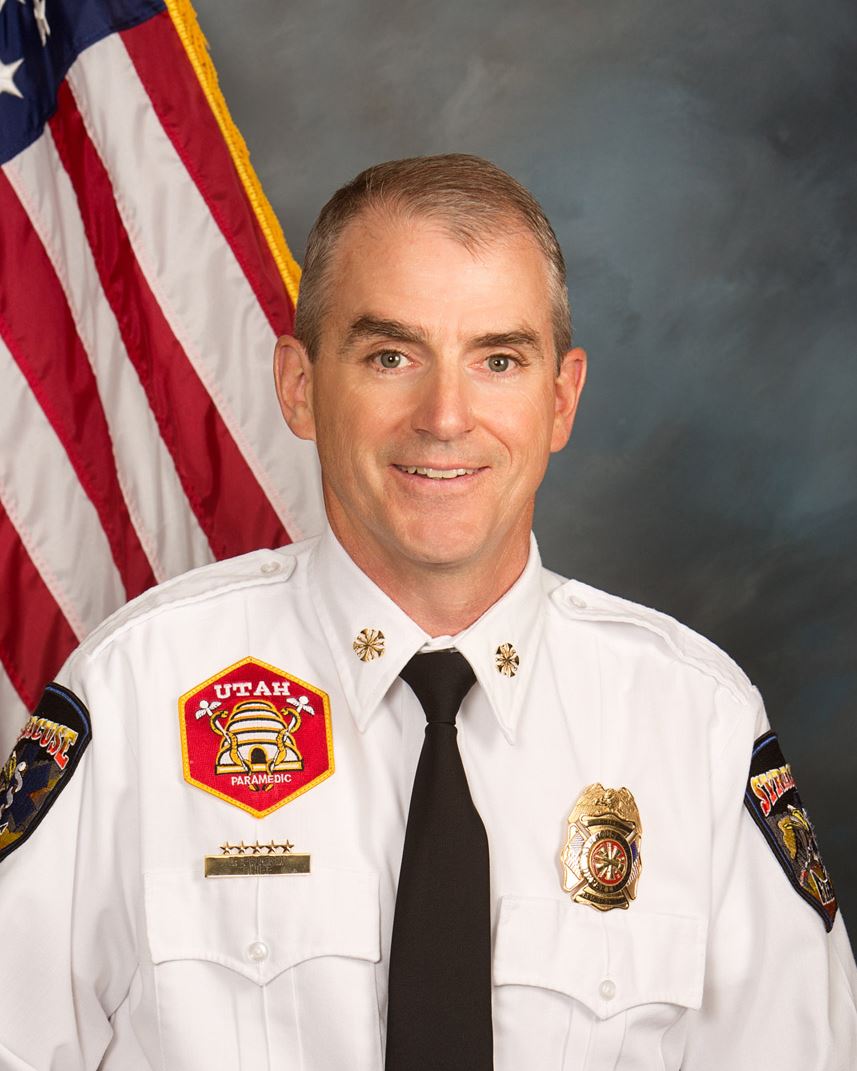 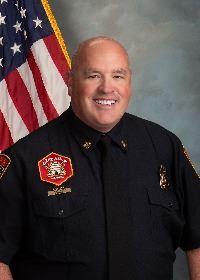